On May 20, 2020, the online SEMinar of the broad wisdom macro forum sponsored by China Development Research Foundation was successfully held through the network platform, with the theme of "the impact and Prospect of foreign trade on China's economy". Qiao Yu, vice mayor of Foshan City, Guangdong Province, attended the meeting and delivered a keynote speech.

The influence of foreign trade on Foshan and its prospect

Foshan, located in the hinterland of Guangdong, Hong Kong and Macao Bay area, is an important manufacturing base in China, an economic and Trade Center in the West Wing of the Pearl River Delta and a comprehensive transportation hub. Over the past 40 years of reform and opening up, Foshan has always adhered to the establishment of a city with real economy and manufacturing industry. Foshan is the only pilot city for comprehensive reform of manufacturing industry transformation and upgrading determined by the central finance office and the national development and Reform Commission. Foshan has a sound industrial system, covering almost all manufacturing industries. Traditional industries such as home appliances, furniture, ceramics, mechanical equipment, metal processing and other traditional industries have outstanding advantages. Emerging industries such as optoelectronics, new materials, biopharmaceutical, robot (15.530, 0.23, 1.50%) and new energy vehicles are booming. In 2019, the GDP of the whole city will reach 1075.1 billion yuan, an increase of 6.9%, solidly stepping into the ranks of cities with a total domestic economic volume of more than one trillion yuan, ranking 17th among large and medium-sized cities in China. The total output value of industries above Designated Size reached 2.32 trillion yuan, an increase of 7%, ranking sixth among large and medium-sized cities in China.

The strong manufacturing industry has laid a solid foundation for the development of our city's foreign trade. Being located at the forefront of reform and opening up and adjacent to Hong Kong and Macao, it has also given certain advantages to the development of our export-oriented economy. Since the 13th five year plan, the annual import and export value has reached a record high, increasing from 413.08 billion yuan in 2016 to 482.76 billion yuan in 2019, with an average annual growth rate of 5.5%, showing a good development trend of steady progress.

For a long time, foreign trade has played an important role in the economic development of our city. Since the 13th five year plan, the GDP of our city has increased from 863 billion yuan in 2016 to 1075.1 billion yuan in 2019. The average annual contribution rate of foreign trade to economic growth has reached 25.2%. Second, it promoted the industrial transformation and upgrading. Through foreign trade and economic cooperation, and through extensive participation in international division of labor, the quality and efficiency of traditional industries such as furniture, household appliances, ceramics, machinery and equipment have been continuously improved, and the development of emerging industries such as optoelectronics, new materials and biomedicine has also been accelerated. The industrial structure of our city has been continuously optimized. In 2019, the proportion of primary, secondary and tertiary industries will be adjusted to 1.5:56.2:42.3, and the proportion of advanced manufacturing industry and equipment manufacturing industry in the added value of industries above scale will reach 49.5% and 30.6% respectively. Third, we have cultivated and expanded a number of export-oriented international enterprises. One belt, one road, is the main body of foreign trade and foreign investment. A large number of enterprises in our city have been able to consolidate the market share of developed countries such as Europe and the United States and expand the "one belt and one road" market in the global market, so as to reduce the cost of production and improve the management level. The brand effect and international competitiveness of enterprises have been enhanced. Taking Midea Group (70.370, 0.99, 1.43%) as an example, as the first brand in China's household appliance industry to rank among the world's top 500, it has always adhered to the strategic concept of "product leadership, efficiency driven, global operation", and benchmarked Electrolux and whirlpool (6.330, 0.00, respectively), Through global operation, global appliance giants such as Philips have become the industry benchmark from digesting and absorbing global advanced technology to independent innovation. They have been ranked 312 in the Fortune Global 500 list in 2019. Fourth, it has improved the level of the new pattern of comprehensive opening up in our city. General secretary Xi Jinping put forward the requirement of "the four to take the lead in the whole country" for Guangdong. One of them is to take the lead in the new pattern of comprehensive opening up. In recent years, through strengthening bilateral foreign trade and economic cooperation, our city has carried out import and export trade with more than 200 countries and regions around the world, and has carried out more than 300 overseas direct investment projects in 47 countries and regions. At the same time, by learning from the advanced experience of foreign investment and trade, our city has accelerated the key reform in the economic field, and strived to create an international, legal and convenient business environment, We will continue to improve the level of two-way opening-up.

The novel coronavirus pneumonia outbreak came at the beginning of 2020, which has seriously affected the economic and social development of China. After March, the overseas epidemic spread rapidly and the uncertain factors of foreign trade instability increased significantly. Our city thoroughly studied and implemented the spirit of general secretary Xi Jinping's important speeches and important instructions, conscientiously implemented the central and provincial policy decisions on stable foreign trade, and coordinated the efforts of government and enterprises.

In the next stage, we will continue to work hard to promote the new development of Foshan's foreign trade and economy, and make due contributions to Guangdong's "four leading positions in the country".


Previous Article:We All Can Trading：Conditions for applying for export tax rebate
Next Article:In the first half of the year, the total value of Foshan's foreign trade reached 2016.6 billion, an 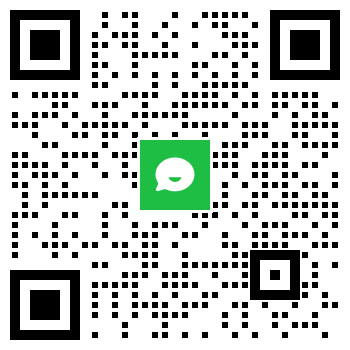